Posted on December 25, 2017 by billybeaverhausen

Ho ho ho, Merry Christmas everybody! I really can’t be bothered to go over the list of other nice holidays I should be wishing you. Just have a good time with too much food, family and friends and perhaps try to carry over some of that good will and cheer to the next year, okay? Meanwhile I’ve been getting through the Peace On Earth hunt bit by bit. It’s not that those globes are particularly well hidden, it’s rather the list of landmarks that seems to be never ending, much like the list of things that people want me to do in my real life job, but that’s a different nag and bitch story I’ll keep for another time, like Valentines Day. So here’s a closer look at another couple of items I found. 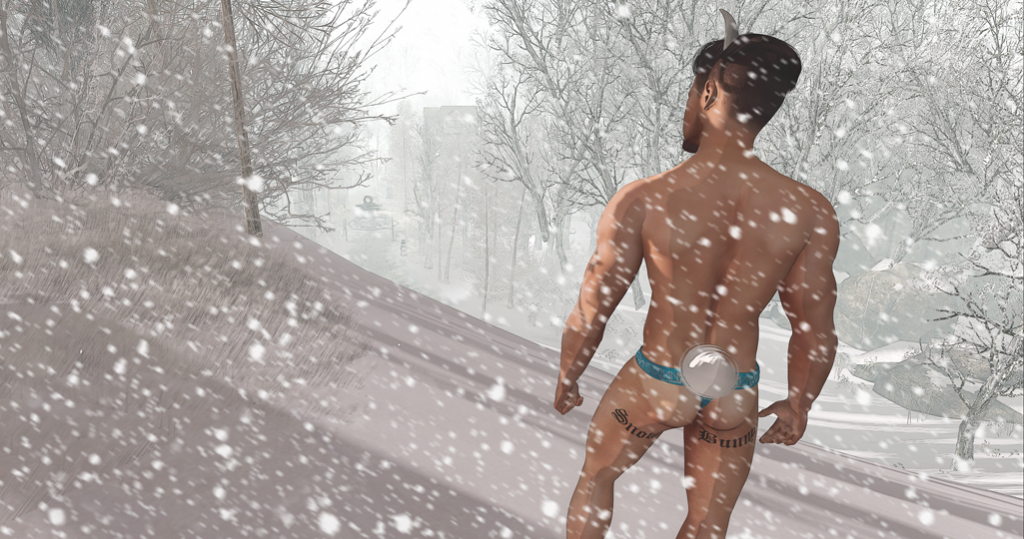 There’s a somewhat peculiar, though I suppose seasonal tattoo from Facade which says “Snow” on one thigh and “Bunny” on the other one. I wasn’t sure what to do with that, so I tried to make sense of it somehow.

The other items I see fit to showcase are much more sensible, like for example this subtle striped v-neck sweater from Ashbury.

And there’s this purplelicious hoodie from Horr. I think it makes my chest look a bit too big and rounded, but I like the front pocket and hood draw strings and I’ve always been fond of purple.

I’ll finish of with this Santa Squad shirt from Dark Water Designs, which is a stylish understated bit of fun, perfect for those days between Christmas and New Year’s Eve when you’ve lost all track of time and have no idea what is expected of you.

Now hurry hurry hurry my lovelies, the end is near! The Peace On Earth Hunt will be over as this year closes and we all rush (drunk) head first into 2018. Such fun!