Time flies when you’re throwing clocks at people and as the deity of your personal choice closes a door, they open a window into the exciting, quasi seedy yet rather classy underbelly of Second Life at the Kinky Event. This event usually starts at the 28th of the month and lasts till the 19th of the next month. In other words, you have until May 19th to check out the current round and as we’re long past the feverish first couple of days, the lag wont be biting too hard now… Unless you want it to. 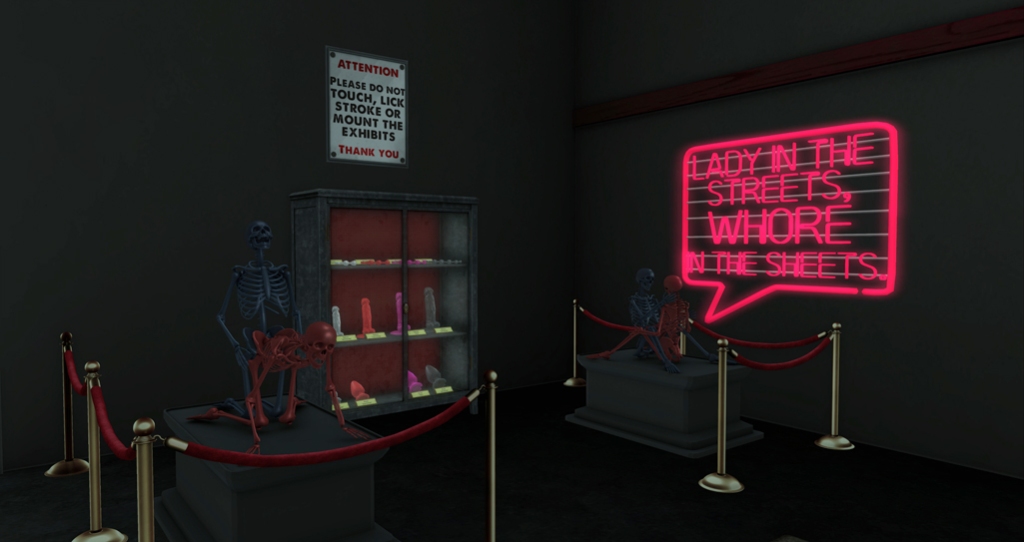 I don’t like the repeating group invites that pop up on my screen as soon as I set foot in the dimly lit exhibition hall, but I do like what they’ve done with the place. The little scene you’re greeted with at the entrance of the hall lets you know straight away what kind of place this is. These items aren’t for sale at the event, but you can get them at the Krescendo main store.

Apart from skins, tattoos and some home decor (with adult animations of course), Kinky is mostly geared towards female avatars… Or male ones buying gifts for their SL girlfriend(s), which means they’re mostly buying it for themselves. 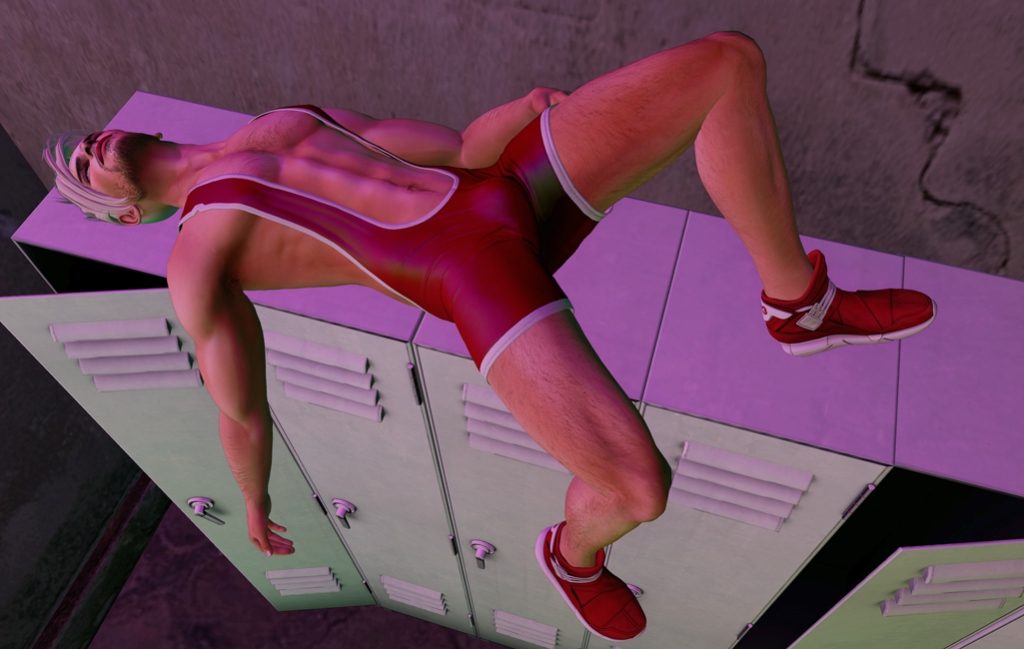 There usually is that one male item that makes the visit totally worth it. This time it’s the Wrestling Singlet by Noche. It comes with a style hud so you can wear it both on and off the shoulders. You also get a text hud, in case you want something written on your butt. It would have been great if this had included an option to write your own text, but I guess I can live with for example “yummy” and I can of course just leave it blank. If you treat yourself to the fatpack, you’ll get 15 texture options, which you can apply individually to the main fabric and trim. Last but not least there is the choice between a modest and more pronounced bulge. 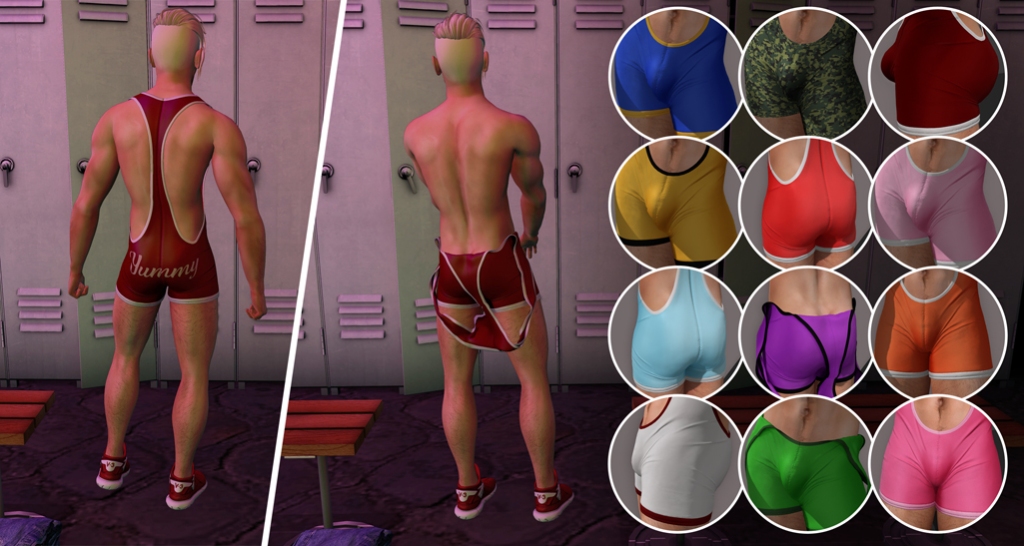 ← Dabbling with Geralt III
Taking David to TMD May 2018 →