Posted on September 20, 2018 by billybeaverhausen

The Nevemore Hunt started on September 7th and runs until the end of the month. This hunt has a Gothic theme, so naturally some of the prizes lean that way. There were several stops I simply skipped because the item clearly was going to be women’s wear. Yet again there are some disappointing cases where the store carries both female and male items, but the owner chose to only include a female prize. Where’s the logic in that? Anywhooo, let’s take a look at what I gathered.

X-clusives Animations has this rock complete with splashing water effect, a statue and a fire pit. As per usual with their items, it is jam packed with animations ranging from romantic to downright dirty.

The bench, ottoman, rug and birdcage with a small raven from Kitty Creations isn’t quite up to my usual standard, but it isn’t a complete disaster either and the set goes nicely with one of the wallpapers from Timeless Textures. The room screen from Anna’s Attic looks reasonably at home in this decor as well and helps to hide the fact that you caught me naked again.

We go deeper into the Gothic and dare I say Halloween theme, with the cat that’s feasting on mice on top of a stack of skulls by Darkmatter. There are more skulls from United InshCon, silky pillows from Gross Princess and a blood curdling bowl of “wine” and glasses from Special O’Cassions. At the end of this row you find one of the finer pieces in this hunt, which is the Jack O Lantern scarecrow from StoraxTree. 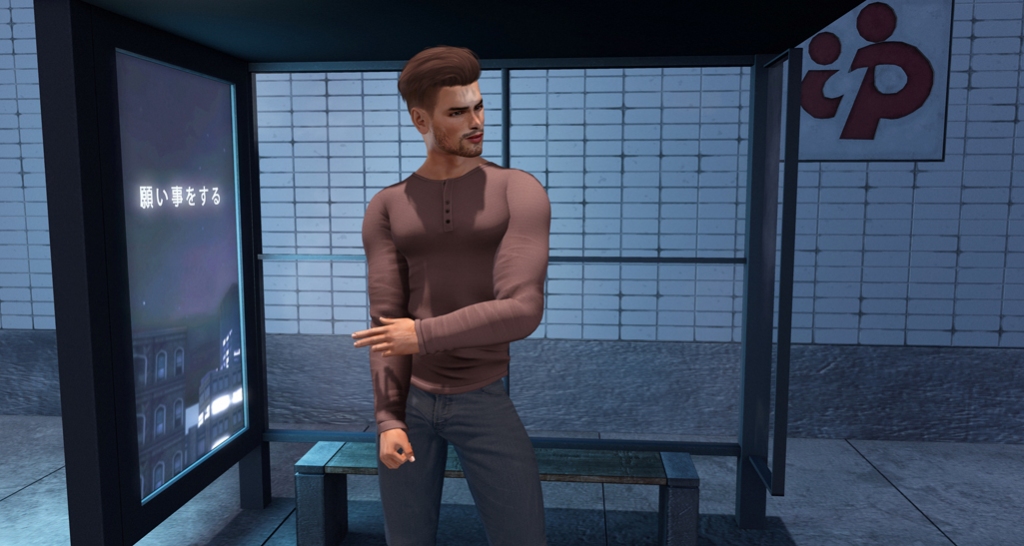 Finally I was able to salvage one piece of menswear, which is a simple but perfectly acceptable sweatshirt from HORR… oh look, I got dressed! You can find all the landmarks and hints on the Nevermore Hunt site. Happy hunting to you all!

PS: that cat really reminded me of Salem in Sabrina The Teenage Witch.