Posted on November 4, 2018 by billybeaverhausen

We’re about halfway in the current round of the Men Only Monthly event and it is high time to go an another shopping expedition with the NX-Nardcotix David mesh body, before the event closes on 20th November. As usual I’m making a mix of what I bought at the event and what I have in my wardrobe. Now let’s jump straight into it without any further dillydallying. 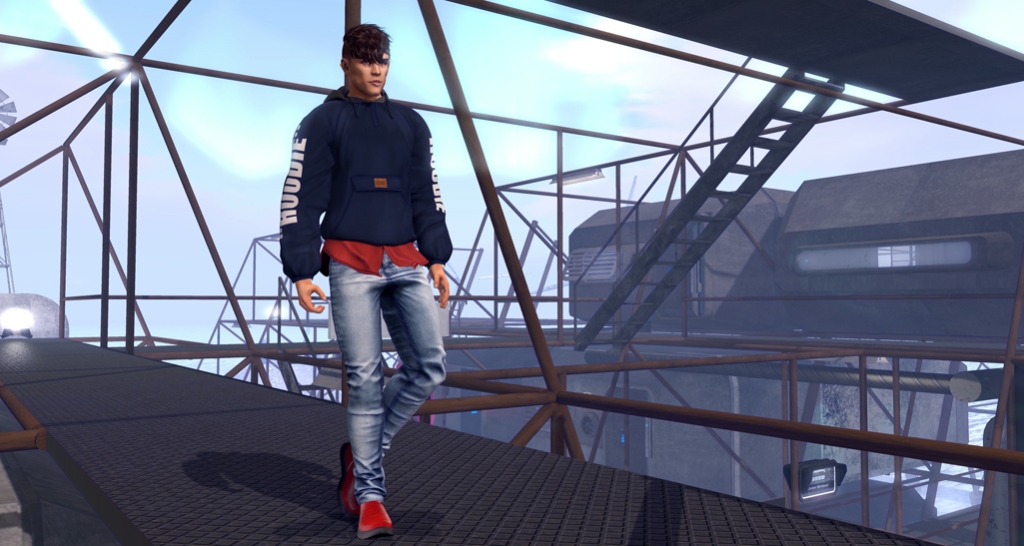 The first item from MOM I wanted to show is this hoodie by Hevo. The single colour version includes a hud with some colours for the print on the sleeves and the untucked shirt, also giving you the option to remove these two details. I wasn’t quite sure what I was going to pair this hoodie with, but after trying on some trousers and failing because of clipping issues, I finally settled on the Mikol jeans by Ascend. For footwear I went with bright red NX-Nardcotix Gideon boots, as these include a cut version that fits under the jeans easily and just happen to compliment the overall colour coordination of the outfit. 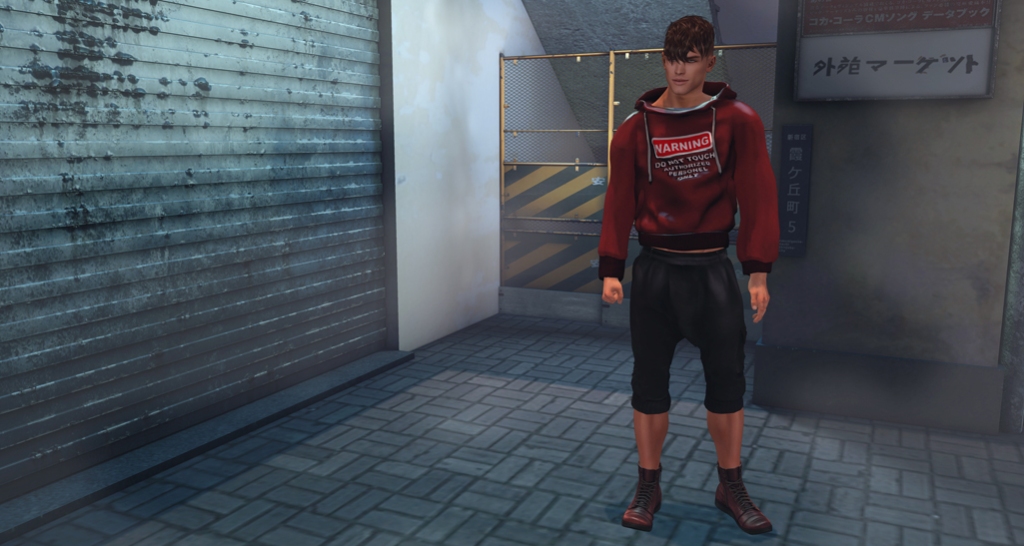 Next up is another hoodie, from Hypnotik this time. Possibly I would not have bought this one, if it weren’t for the fact that Hypnotik is also showing a pair of short sarouel pants to got with it. Strangely they only included a belt for the Belleza size and David needs to wear the Signature size to make the outfit work, so there’s no belt for him. I like how the hoodie is just a little bit too short, so we can see a seductive bit of skin. It would be perfectly acceptable to wear sneakers with this kind of outfit, but I went for the Regiment boots by Rebellion, also shown at MOM. They create more of a contrast, like wearing army boots with a wedding dress… Now there’s an idea for an outfit!

Invictus made it very easy to put together my next outfit, with the coat, jeans and boots they have at MOM. Obviously you blank out most of your body when you’re wearing the coat, as always is the case with these hands-in-pockets situations, but the Aesthetic size of the jeans and belt fits quite well if you want to go shirtless, especially if you like a more solid physique.

FE Style is one of a few designers that include an NX-Nardcotix size in their garments. This shirt / sweater is one of those typical simple items you can wear to look effortlessly sharp and casual at the same time, if you wear it with a nice pair of chinos, like the ones from Cold Ash. The Jude ankle boots by NX-Nardcotix stay nicely in that sharp casual range to make this an acceptable dress-down Friday outfit, though of course as this is SL, nobody would look twice if you showed up naked at the job.

Finishing off my MOM line-up is this bomber jacket and t-shirt by Aitui, in their typical baggy style. I advise wearing the Signature size, as this seems to be the least sensitive one. You may have to do some shape adjusting or turn a blind eye to seeing a small gap in the neck area from some angles. The cargo pants and ankle boots both are from NX-Nardcotix to keep things simple but also because they’re a good match with the jacket.

← Something new in the willy department
Exmachina Davide 5.0 →