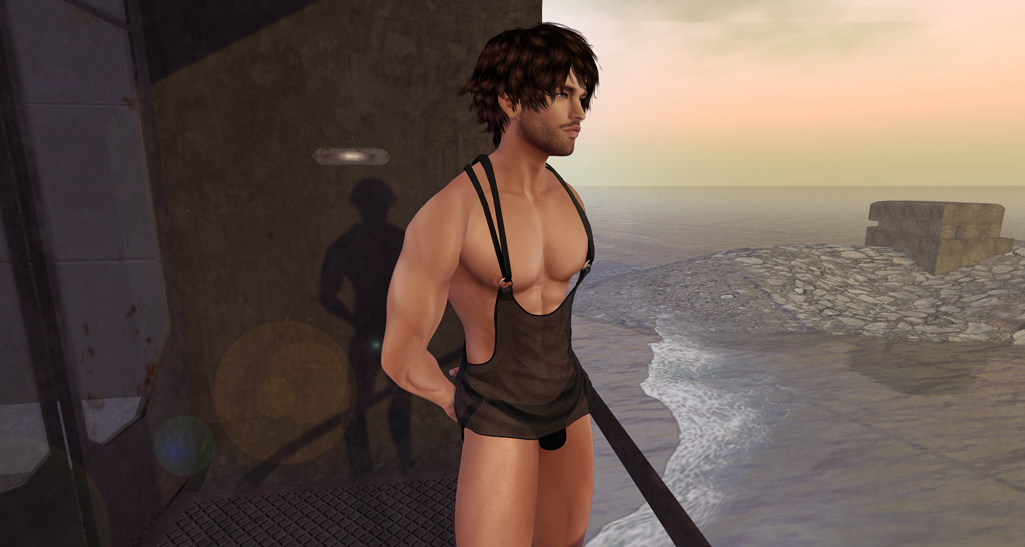 But the fire is so delightful. That’s how the Christmas song goes, no? That doesn’t even rhyme! But you get the gist of it. It’s raining a lot here in Stockholm, meanwhile I’m receiving pictures from Canada showing a snow-covered Ottawa, so it’s safe to say that wearing a tank top in some parts of the world is very much an indoor thing right now. Though I do see some hardened Swedes go about their business wearing something with a plunging neckline. I guess if you’re going to spend all that time in the gym, you want to get some good use out of those titties.

If you’re in the market for a tank top that’s slightly different, Thirst has the sexy new Strapped Tank at the current round of Romp, till November 25th. After that it will be moved to the Thirst store.

The tank top has a quite interesting history, if you’re into that kind of nerdy fact stuff. At the Olympic Games of 1912 in Stockholm, women’s swimming was introduced. What we know as a tank top today looks a lot like the top part of the one-piece swimsuits they were wearing at the time.
While we now speak of a swimming pool, back then it was known as a swimming tank. Logic dictates that the outfits worn by the female swimmers were referred to as tank suits. All this time I always thought it was a military thing! See, the internet isn’t just for porn after all!

While of course you can wear the tank top with something a bit more, shall we say modest than the Thirst Infinity Jock (from the August 2019 JOCKD set), you’ll certainly get away with this outfit at Arteo Queer City II. For me this sim is proof that something can play a role in the seedy adult underbelly of SL without having to be an eyesore at all. Queer City has a dystopian feel and yet seems welcoming. It rather feels like people have made a home there and adapted to their situation by making the most of modern technology. It almost gives me hope for the future.

Items are shown on the Legacy mesh body with the Victor mesh head by Catwa, the Zack skin by Birth,  the B&G81 hair by Dura and mesh ears by L’etrê.